Alex Epstein is here today with a guest post courtesy of the Teen Book Scene blog tour for his new release, The Circle Cast. Thank you for being here, Alex! You can follow along with the tour here, or by clicking through the banner. There is a giveaway attached to the tour as well. Anyone who comments on any of the posts will be entered to win an E-book of The Circle Cast. There will be a winner for each week of the tour. Enjoy!

Mythology and History. How did that affect the writing of The Circle Cast and your vision of the book?
The Circle Cast is historical fantasy. I tried to get two things right: the times, and the magic.
I read a fascinating book by Geoffrey Ashe, The Discovery of King Arthur, that convinced me that the real King Arthur flourished around 470AD. He shows up in histories under the name Riothamus, but that just means “High King.” He probably wasn’t actually a king; the Celtic Brits were too fractious for that. He was probably just a war leader appointed by the various British tribes, who were desperate to stop a rising tide of Saxon immigration. And by immigration, I mean that each wave of Saxons would come, beat the pants off the British, and take their farmland, pushing them West into Wales.
There’s a brief time in British archeology and history where the History of the Saxons is suddenly very quiet – no victories to report – and the hillfort at Cadbury Castle is rebuilt in the Roman style, and a Romano-British leader named Riothamus may have been clobbering the Saxon footmen from horseback. That’s where King Arthur comes from, I’m convinced.
Which is great for my story. The medieval romances put King Arthur in medieval times; he’s a feudal king. 470AD is a much more interesting time. It’s a time when all bets are off. It’s just a hundred years after the last Roman legions marched off the island. The British elites must have thought of themselves as civilized and Roman. They probably spoke and wrote in Latin and, if they were very educated, Greek. They lived in a big world. They traded with Spain and probably had pen pals as far as Jerusalem. These illiterate barbarian Saxons must have seemed like the end of the world. 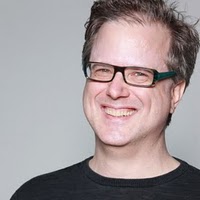 How did an exiled girl become the most powerful witch in legend?
Britain, 480 AD. Saxon barbarians are invading, pushing the civilized British out of their own island. Morgan is the daughter of the governor of Cornwall. But when her father is murdered and her mother taken as the King's new wife, she has to flee to Ireland to avoid being murdered herself.
But Ireland is no refuge. She's captured in a slave raid and sold to a village witch. As Morgan comes of age, she discovers her own immense magical powers. She falls in love with a young Irish chieftain, and makes him powerful.
But will her drive for revenge destroy her one chance for love and happiness?
Synopsis taken from goodreads.
Posted by Corrine at 1:25 PM

Really sounds like something I could sink my teeth into!

Every time I read a post or review on this book it makes my fingers itch to get my hands on this book! I am so excited to read it! Thank you very much for giving me the chance to win a copy:)
jwitt33 at live dot com