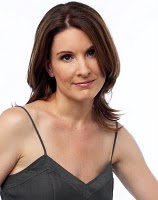 Mari Mancusi is here today with a Teenage Garage Sale Post courtesy of the Teen Book Scene blog tour for her newest release, Blood Ties. Thank you for being here today, Mari! You can follow along with the tour here. Enjoy!
--------------
Doc Martens steel toe shoes, cherry red
I absolutely loved these shoes and felt so cool wearing them out. Even though they weren't exactly practical; my toes would always bang against the steel tips and bruise. But hey--sometimes you had to suffer for punk rock fashion. (Even though there was no practical reason on Earth I needed steel toes--not like I was going to get into a fight on the way home from school...) Today I prefer a pair of eight hole, non-steel toe, black Doc Martens boots. Simple, but effective.
CD player with 3 disc changer
I thought this was so cool--you could change CDs without ever opening the player. Unfortunately, I could never remember which CDs I'd put in which slot, so it was kind of a crapshoot. Also, now that I'm used to having thousands of songs at my fingertips, thanks to my iPod, I think I can safely get rid of this player.
Cure T-Shirt - Disintegration Album
My pride and joy concert t-shirt, even though I bought it at a used record store, not a concert. Sadly I didn't get to see the Cure live until I was in college. I did, however, go see a number of other awesome new wave and alternative bands in college. My favorite had to be Peter Murphy, former lead singer of Bauhaus, my favorite goth band. My friends' parents got us front row tickets to the show and he leaned down and sang lines from his son "Deep Ocean, Vast Sea" to me. Swoon!
Pair of skis
No good to me now because I gave up skiing in college to start snowboarding and never looked back. Mostly because all of my boyfriends were snowboarders (and skaters) and, at the time, I had it in my head that it was cooler than skiing. Now I just think it's more fun. Snowboarding also helps me avoid my two biggest problems on the slopes--crossing my skis over one another and losing them in a snowy crash, halfway up the mountain.
David Bowie Poster
This particular poster came free with an advertisement for Sassy, my absolute favorite teen magazine back in the day. I thought they were so cool to make David Bowie their pin-up, instead of, say, New Kids on the Block. Totally earned my respect. If only there could be a magazine like Sassy out there for today's teens. Something smart and cool that encouraged girls to be creative and independent, instead of always following the crowd and worrying about their hair and makeup.
Labyrinth VHS tape (very worn)
Speaking of Bowie, Labyrinth was definitely a coming of age movie for me and David Bowie became one of my first teenage crushes. (After pre-teen crushes on Michael Jackson (!?!) and Luke Skywalker.) I probably watched this film fifty times. Especially the end scene where David Bowie promises to be Jennifer Connelly's slave if she gives him her brother. Um, what an easy choice that would have been for me. Sayonara, kid!
Classic Mickey Mouse watch
Even back then, I was a huge Disney fan. Though it wasn't until I was in college and started working at the Disney Store that I became extremely obsessed with all things Mouse. I even moved to Orlando after graduation and got annual passes so my friends and I could hang out at the parks nearly every weekend. Young twenty-somethings at Disney--oh the stories I could tell! (Would probably get me banned from the parks for life!) Even to this day, I make it a point to go to Disney at least once a year. And I cannot wait until my daughter is old enough to appreciate the most magical place on Earth.
Love these garage sale items, Mari! ;) Thank you so much for being here today!
Mari Mancusi can be found on her website, her blog, and on twitter.
--------------

The final battle is brewing between Vampires and Slayers. But for Sunny McDonald, the true war is being fought over her heart.
Though now officially back in the arms of her vampire boyfriend Magnus, Sunny finds she still can't forget the gentle mortal Jayden who once saved her life. And when the darkness threatens to steal his humanity, Sunny finds herself with a choice. Stay true to Magnus and the Blood Coven or defy them in a desperate attempt to save Jayden’s soul.
Meanwhile, the Blood Coven is gearing up for its toughest fight yet--going head to head with a splinter group of Slayer Inc who's regrouping in Tokyo, Japan, still determined to take over the world. In dark blood bars and hidden temples, it'll be Vampires vs. Slayers in a showdown that could cost Sunny not only her heart...but also her very life.
Synopsis taken from goodreads.
Posted by Corrine at 10:00 AM