P.J. Hoover is here today with her Current Book Picks courtesy of the Teen Book Scene blog tour for her book, Solstice. Thank you for being here, P.J. You can follow along with the tour here, or by clicking through the banner. Enjoy!

SOLSTICE by P. J. HOOVER: 2011 READS I’VE ADORED!
Thanks so much for inviting me to guest blog over here! It’s great to connect with people who love reading young adult books as much as I do! For those who don’t know, my debut young adult novel, SOLSTICE, was just released in May. SOLSTICE is what happens when MATCHED meets THE LIGHTNING THIEF and is largely set in a future where global warming is destroying the earth.
One of the best things about having SOLSTICE out in the world is the fact that people are actually reading it! I know this sounds simple, but getting those first few reviews and seeing how people are actually connecting with the book and loving it…well, there is nothing better for an author. So I’d love to take a few minute and spread some book love of my own. Here are some books I’ve read in 2011 and highly recommend!
First, I have to mention CALLI by Jessica Lee Anderson. CALLI is the story of a teen girl from an alternate family (think two moms) who gets a foster sister and is sure all will be great. But when her foster sister kisses Calli’s boyfriend, Calli thinks revenge will be sweet…until it backfires. This is a great choice for fans of LOLA AND THE BOY NEXT DOOR by Stephanie Perkins or KEEPER by Kathi Appelt.
Next is ASHES by Ilsa Bick. Ilsa creates a world that is haunting because it is so close to what could happen if disaster hit. Complete with an electromagnetic pulse, crazy zombie teens, and religious cults, ASHES had it all (and in a very logical manner). I look forward to the next book in the series!

Another book I very much enjoyed is LEGEND by Marie Lu. This not-yet-released book had me engaged from page one and does a fantastic job with making a unique dystopian world in a market flush with dystopia. It’s also worth reading just to see how well done the dual point of view is. Being able to make both points of view justifiable is not an easy task, but LEGEND accomplished it. Again, I’ll read book two in this series.
Though not for the kids’ market, I could not stop reading ROOM by Emma Donoghue. This story is told from the point of view of a five-year-old boy and had me hanging on every world. I actually listened to this one on audio and would recommend doing the same for anyone interested in this intense story.
And just for kicks and to round out the genres represented, I highly recommend THE GRAND DESIGN by Stephen Hawking. Not just for science geeks (although this will help), THE GRAND DESIGN brought up some amazing theories for the questions of the universe.
Thanks so much for reading, and may your summer be a sizzling one!
SOLSTICE is available as a $2.99 eBook on Amazon, Barnes & Noble, Smashwords,
and iBooks. SOLSTICE will be released in paperback this summer.
Thank you for being here today, P.J.! You've got a lot of great books listed! 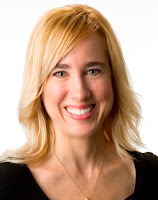 BIO: P. J. Hoover first fell in love with Greek mythology in sixth grade thanks to the book Mythology by Edith Hamilton. After a fifteen year bout as an electrical engineer designing computer chips for a living, P. J. decided to take her own stab at mythology and started writing books for kids and teens. P. J. is also a member of THE TEXAS SWEETHEARTS & SCOUNDRELS. When not writing, P. J. spends time with her husband and two kids and enjoys practicing Kung Fu, solving Rubik's cubes, and watching Star Trek. Her first novel for teens, Solstice, takes place in a Global Warming future and explores the parallel world of mythology beside our own. Her middle grade fantasy novels, The Emerald Tablet, The Navel of the World, and The Necropolis, chronicle the adventures of a boy who discovers he’s part of two feuding worlds hidden beneath the sea.

My world is dying. Global warming will kill every living thing on Earth. I endure the endless summer, and do what I can to help. Until one day…
I open a box, and everything changes.
I discover a world of mythology parallel to my own. A world where gods battle for control, and monsters feed in the rivers of the Underworld. This dark world pulls me in and tells me I belong.
I meet Shayne, who keeps secrets from me. And Reese, who makes me feel alive. But I almost lose my best friend and my life. I don't want to leave this new world. But can I choose the life I want, without sacrificing the people I love?
SOLSTICE is P.J. Hoover’s debut YA novel and is the first front-list novel to be independently published by an Andrea Brown Literary Agency author.
Synopsis taken from goodreads.
Posted by Corrine at 5:00 AM

Thank you so much for hosting me, Corrine!

I love your book choices, PJ! I'm actually reading Ashes right now and I completely agree with you that it is one of the good ones! I can't wait to read Legend, too. It's on my TBR list, as is Solstice, which I am really excited to read! Good luck on the blog tour :)
jwitt33 at live dot com

PJ has some great picks! I'm in the middle of Legend right now, and I have to agree that the dual POV's are great.

I know how PJ feels. Nothing beats the feeling of holding your first book in your hands for the first time. Much luck to you with Solstice!!!!