Leah Cypess is here today with a guest post as part of the Teen Book Scene blog tour for her new release, Nighstpell. Thank you for being here, Leah! You can follow along with the tour here, or by clicking through the banner. Enjoy!

Quite a while ago, Lindsey Leavitt (author of Princess for Hire & Sean Griswold’s Head), wrote a blog post [http://lindsey-leavitt.livejournal.com/134437.html] in which she coined the phrase “GloMos” – the unexpected glorious moments of being a published author. I love this concept, because once you’ve finally achieved your dream of being published, it is all too easy to forget how amazing that is and start focusing instead on the unexpected negatives.
There have been a lot of GloMos for me in my publishing journey, but by far the best was when Robin McKinley, out of the blue, wrote a blog post in which she raved about how much she loved Mistwood. ROBIN MCKINLEY! And as far as I know, my publisher didn’t even send her the book. She just read it and liked it! (It’s here[http://robinmckinleysblog.com/2010/05/31/mistwood-by-leah-cypess], just by the way. In case you’re interested.) 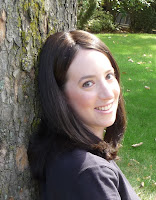 Another glorious moment was the first positive review of Nightspell, which was actually a line from a librarian on twitter: Angie Manfredi (http://www.fatgirlreading.com) who, while reading the ARC, wrote a quick line predicting that Nightspell will end up on a bunch of “Best” lists for 2011. Whether she’s right or not, it meant a lot to me. The revision process for Nightspell was grueling, and by the time the ARC went out, I could no longer look at it objectively. Until I read that tweet, I literally thought that maybe everyone in the world would hate the book. This wasn’t helped by the fact that the VERY first review of it was a two-star indictment on goodreads. (Yeah, you can look that one up too if you want. But I’m not linking to it.)
There have been others, of course – but so far, those are my two top picks. Just thinking about them makes me smile. Thanks, Lindsey, for the concept of GloMos!
Thanks for sharing your GloMo's with us, Leah! I love that Robin McKinley endorsed Mistwood. I absolutely loved Mistwood!! =)
Leah can be found on her website and on twitter.
---------------------------

A stand-alone companion novel to the much-acclaimed MISTWOOD. When Darri rides into Ghostland, a country where the living walk with the dead, she has only one goal: to rescue her younger sister Callie, who was sent to Ghostland as a hostage four years ago. But Callie has changed in those four years, and now has secrets of her own. In her quest to save her sister from herself, Darri will be forced to outmaneuver a handsome ghost prince, an ancient sorcerer, and a manipulative tribal warrior (who happens to be her brother). When Darri discovers the source of the spell that has kept the dead in Ghostland chained to this earth, she faces a decision that will force her to reexamine beliefs she has never before questioned - and lead her into the heart of a conspiracy that threatens the very balance of power between the living and the dead.
Synopsis taken from goodreads.
Posted by Corrine at 3:00 AM